A furious wind arose during the night and threatened to knock our tiny tents to bits. The weather continued questionable, tho slightly improved through the morning, and Paul and I, who were to push the route ahead, postponed our departure until 12:30. Even then we left with misgivings as it was cold, very windy, and ominous clouds kept moving in from the Northeast.

Paul and I moved slowly along the ridge, commenting on the fine bit of work Frank and Dick had done yesterday. When we reached their high point, Paul led out and I shivered on belay. Paul used a shovel to clear the snow off the rock as he progressed, and the going, therefore, was quite slow. After some 70 feet, he reached the top of a snowy gendarme and anchored the rope for me. I was most pleased to put on my down sweater and thankful that Al had given me this morning a pair of wind pants to cover my holey knickers. Even so I was very cold belaying there the next few hours.

Paul slowly descended and crossed the gully but had to do a lot of work to clear the snow from the rotten rock. The terrific wind returned and was probably the greatest problem. I sympathized greatly with him on his lead as I saw him repeatedly cringe before the wind driven snow. We could, however, occasionally hear singing and the strains of Al’s harmonica from Camp II, which lifted our spirits greatly. The others had been intending to bring up loads but they wisely decided to stay in camp because of the weather.

Paul and I finally decided to give up and return, after pioneering probably no more than 200 feet. Our descent again was a rout, highlighted by one of the fixed lines blowing around a cornice. Fortunately, I was able to saw with the rope and knock the cornice off so we could continue our descent. The wind was so strong we want at times on all fours, reaching camp and a hot meal at about 8:00 p.m., nearly frozen but in good spirits.

The dreaded "Shovel Traverse" turned out to be not so dreadful once we got there!

Camp II--just above the Khumbu Icefall.

Looking directly up the Khumbu Icefall to Lhotse, with Everest on the left and Nuptse on the right.

This peak is named after John, despite the fact that he never set foot on it!

The following pages recount my personal impressions on mountaineering expedition in which I played a part in the period 1965-1981. On each of these expeditions I made a concerted effort to describe the activities on a daily basis. And although there are occasional gaps in my daily records, for the most part I managed to do this with remarkable consistency—remarkable in that I often was doing this with a ball-point pen in a 5”x8” lined record book, while sitting up in a tent at the end of a very demanding day. Read more... 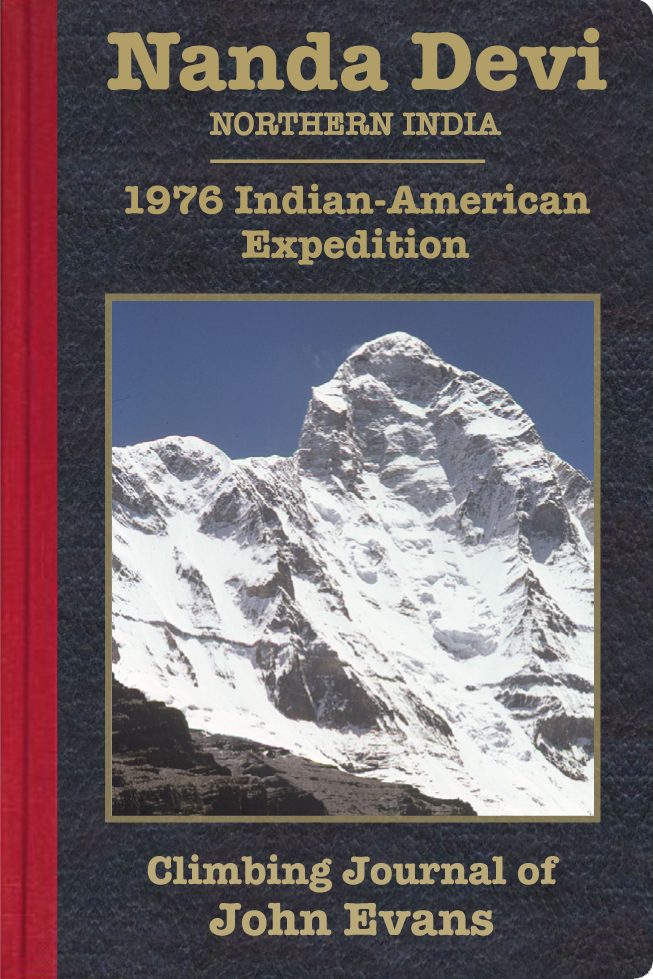